Understand the impact of Industry 4.0.

Facilitated by increasing connectivity and evolving new technologies, such as Big Data, Artificial Intelligence, blockchain, cybersecurity, the cloud, mobile networks or even IoT (Internet of Things), new and often revolutionary business models are appearing in industry and finance.

IE shapes leaders with global vision, an entrepreneurial mindset and a humanistic approach to drive innovation and change in organizations. IE provides a learning environment where technologies and diversity play a key role. IE has received international recognition for its use of online and blended learning methodologies which transform the learning experience.

Pablo Soler Bach is currently active as a consultant and advisor to corporations and start-ups, and as a Business Angel, investing in projects in different fields, such as fintech, e-travel, legaltech, real estate tech, gamification or media. He is a Mentor in Fintech in the European accelerator Startup Bootcamp, as well as in the Accelerator Finnovista, centered mainly in Spain and LatAm.

He started an international career in large corporations, based in several European countries and participated in a number of assignments both for General Electric and The Boston Consulting Group. The projects involved Corporate Finance deals, financing, valuations and internal audit, giving him a wide exposure to strategy and finance in an international corporate environment.  After that period, Pablo started his life as an entrepreneur and investor, joining, co-funding and investing in several projects in different sectors, including lending and payments.

He is an Associate Professor at IE Business School and he has an MBA from INSEAD; a Master in International Management from HEC and a BS Business Management and Administration from ESADE.

Sérgio Rebelo is the Tokai Bank Distinguished Professor of International Finance Kellogg School of Management, where he was the director of the Department of Finances. Before being hired by Kellogg, Rebelo was a professor at the University of Rochester and Portuguese Catholic University.

He does research in the field of Macroeconomics and International Finances and studies the causes of economic cyclically, the impact of economic policies on the economic growth and currency flow rates. He also received scholarships from the Sloan Foundation, from the National Bureau of Economic Research, the National Science Foundation and the World Bank.

Besides that, he won the Gulbenkian Foundation Science Award in 2008 and Martin E. and Gertrude G. Walder Award for excellence in research in 2013. He was a consultant for the World Bank, the International Monetary Fund, the Board of Governors of the Federal Reserve System, the European Central Bank, McKinsey Global Institute, Goldman Sachs Global Markets Institute, and other organizations. Sérgio Rebelo also graduated in Economics at the University of Rochester. 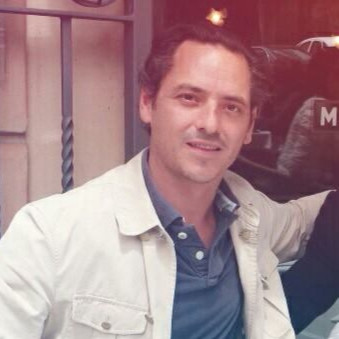 Consultant in cooperation and mentor for startups, with experience in international business. 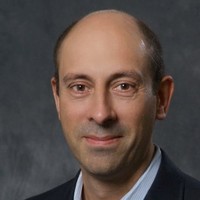 Tokai Bank Distinguished Professor of International Finance Kellogg School of Management, where he was the director of the Department of Finances. Before being hired by Kellogg, Rebelo was a professor at the University of Rochester and Portuguese Catholic University.

portugal@ie.edu
How to get there
Organized by IE Portugal