Ten years after the Great Recession, the world has recovered; albeit at different speeds in different parts of the world. While it seemed that growth was consolidating in most regions, political changes have increased uncertainty worldwide. The election of Donald Trump as President of the United States has led to questioning of free trade as a critical element in economic growth and development, which constituted a fundamental basis of globalization in recent decades. At the same time, the Brexit vote has led to what some analysts call an “existential crisis” in Europe; changes in monetary policies and capital flows have created new conditions that increase uncertainty in emerging markets. 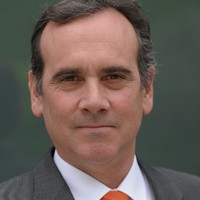 colombia@ie.edu
How to get there
Organized by IE Colombia